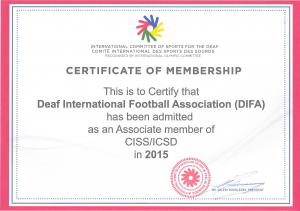 The 45th Congress of the International Committee for the Sport of the Deaf (ICSD) was held in Khanty-Mansiysk on March 27, 2015, where delegates from 60 countries participated.

The DIFA was founded 2011 in Sweden and 2015 the DIFA won recognition as an associated member with the ICSD at its Congress I Khanty-Mansiysk in Russia and will thereby be the responsible organization for deaf football all over the world.

The highest governing body of DIFA is Congress, which usually meets once every four years. Congress decides to amend and amend the DIFA Charter and Procedural Rules, approves the annual report of the governing bodies of the federation, accepts new members and holds elections.

The election of the President of DIFA and other candidates is carried out by secret ballot. Moreover, each member of DIFA, regardless of the size of the national federation and the number of players in the country, has only one vote.

The Federation Administration is headed by the Secretary General, who operates at the DIFA headquarters in Moscow (Russia). The main function of the Secretary General is to implement the decisions of the Congress and the Executive Committee of DIFA. In practice, these actions are implemented through the preparation of necessary documents and legal acts, interaction with the media, and work with national federations. The secretariat summarizes disagreements related to football development, competition, finance, business, staff, services and communications.

Membership in DIFA is beneficial to national federations, since the federation provides them with organizational and legal support, gives certain rights and privileges. At the same time, membership in DIFA imposes certain responsibilities on national federations. In particular, they must comply with and respect the DIFA charter, share the goals and ideals of football management, as representatives of DIFA, promote and promote football in their country in accordance with the values ​​and norms of DIFA.

DIFA has its own legal and disciplinary bodies. Their functions are reflected in the DIFA Disciplinary Code. Members of the Legal and Disciplinary Committees are appointed by the DIFA Executive Board for a four-year term, which may be renewed. Members of these committees operate independently of the opinions and opinions of national federations and the leadership of DIFA; they cannot be members of any other DIFA committees, receive instructions or guidance from anyone.

DIFA program of development of Deaf Football and Futsal include following activities:

* Cooperation with the ICSD and its Regional Confederations;

* Cooperation with the FIFA and its Regional Confederations;

* Creation and development of football/futsal infrastructure for the Deaf;

* Arrangements of World and Regional Championships for seniors and youth as well as Deaflympics Qualifications. 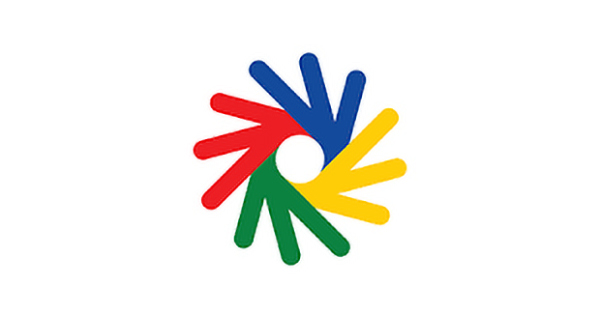 Media "Sports of the Deaf of Poland"
YouTube Video VVV0ei14Y3J2anFsMk9ZSmU0Mm1ka0dRLlp1dWRiam0xUldn